We’ve already discussed DUIs , DUIs with Injury , and DUID . But there are other similar charges you should be aware of—we will be discussing these charges today.

A “wet reckless” is a nickname for the charge of reckless driving involving alcohol. If the prosecutor feels the DUI case against you has a weakness—when your breath or blood test result is close to .08 or if your sobriety tests were not bad—they might offer a plea bargain involving substituting the DUI charge with a wet reckless (VC 23103.5).

There are potential disadvantages and advantages. Let’s take a look at both:

Boating Under the Influence (BUI)

The Harbors and Navigation Code makes it illegal to operate a recreational vessel with a blood alcohol content (BAC) of 0.08% or higher, or a commercial vessel with a BAC of 0.04% or higher. It also makes it a crime to water ski or aquaplane after consuming any amount of alcohol or drugs.

Penalties for BUI include fines of up to $1000 and/or jail time of up to 6 months. Although the Department of Motor Vehicles is not permitted to suspend your automobile driver’s license for a BUI, a BUI conviction does stay on your DMV record for 10 years and can be counted as a prior DUI conviction if another DUI is committed within those 10 years.

Cycling Under The Influence (CUI)

The California Vehicle Code makes it illegal to ride a bicycle on a highway while under the influence of any alcoholic beverage or drug or combination of both. 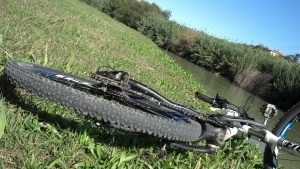 CUI differs from DUI in that there is no specified blood alcohol content required to be charged with a CUI. You can be cited for CUI based on an officer’s observations of your behavior—such as erratic riding—or the presence of any amount of alcohol in your system.

Penalties for CUI include a maximum $250 fine and inclusion of the CUI on your DMV driving record. However, there are no restrictions on driving and no points accrued for auto insurance.

If you have been involved in any of these incidents, please contact me for a free, confidential consultation at (530) 823-5400.