This is the fifth and final in this blog series covering domestic violence in Placer County. The first four can be found here:

This post will focus on sentence and probation in domestic violence convictions.

If you are convicted of a domestic violence charge, your sentence will depend on a number of factors. These include the particular crime you committed, any aggravating or mitigating circumstances that may exist, and the number of offenses you’ve committed.

Misdemeanor domestic violence crimes are punishable by up to a year in jail, a fine, or both.

Felony domestic violence crimes carry a lower, middle, and upper term sentence. The amount of jail time you face varies depending on the facts and circumstances of each case.

For instance, felony Penal Code Section 273.5 is punishable by imprisonment in a state prison for two, three, or four years if probation is denied. END_OF_DOCUMENT_TOKEN_TO_BE_REPLACED

This is the fourth in this blog series covering domestic violence in Placer County. The first three can be found here:

A protective or restraining order is a judicial degree that makes it a crime for the restrained person to defy the terms of the order. The two basic types of protective orders are civil and criminal.

A civil restraining or protective order is obtained, often on an emergency basis, by a person to prevent another person from harassing, disturbing, or contacting them

The civil order can also direct the restrained person to stay away from a home, vehicle, or school and can control who may live in the home, and who may have child custody and visitation rights.

To obtain a civil protective order, an applicant must show that she or he is in immediate and present danger of domestic violence based a recent incident of abuse or threatened abuse by the person to be restrained.

The violation of a civil protective order is a misdemeanor. END_OF_DOCUMENT_TOKEN_TO_BE_REPLACED

When law enforcement officers respond to a domestic dispute, they often make assumptions about who they believe to be the aggressor and and who they believe to be the victim. Unfortunately, this can cause them to be biased in their investigation, and can lead to evidence and testimony that is hard to challenge later on. If you are involved in a domestic dispute, there are several things you can do to protect yourself.

Do not reply to an officer’s questions and make sure you tell them you wish to speak to your attorney. This is imperative even if you did nothing wrong because the officer may not perceive things the way you do. END_OF_DOCUMENT_TOKEN_TO_BE_REPLACED

In many domestic violence cases, the alleged victim may no longer want their partner or loved one to face charges after they reconcile. In the interest of justice, however, prosecutors can still choose to pursue charges even if the parties involved would like to move on.

In such cases, the prosecution still has the burden of proving their case beyond a reasonable doubt—which is often difficult without the alleged victim’s cooperation and testimony. END_OF_DOCUMENT_TOKEN_TO_BE_REPLACED

In response to increasing domestic violence incidents within the county and to increase batterer accountability and victim safety, Placer County established the Placer County Domestic Violence Court in 2005. A single judge is assigned to this court.

END_OF_DOCUMENT_TOKEN_TO_BE_REPLACED 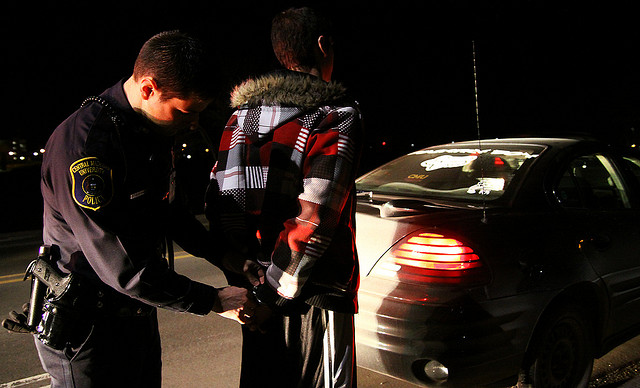 Third and subsequent offenders are deemed dangerous. The task force determined the best way to protect the public is to incarcerate these offenders for as long as possible. END_OF_DOCUMENT_TOKEN_TO_BE_REPLACED